Today Granfrutta Zani represents brands that are well-known for their quality and tradition. It is a reliable and qualified organization that shares its development guidelines with its members. Since 1962, when it was founded, it has always pursued healthiness and the sensorial value of the fruits. It is a family history that started with Luciano Zani who arranged meetings and negotiations on the fields, just in front of the fruit on the trees. He only had one truck to load and taste controls were based on smelling and tasting the fruits.

The growing techniques have changed at lot since then and nowadays laboratories analyse everything that man cannot evaluate by himself. Aroma and taste are still the foundations of the fruit and vegetable sector, and Granfrutta Zani is fully aware of the product value. 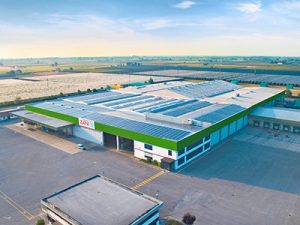 peach, nectarine and kiwifruit processing for the foreign market. 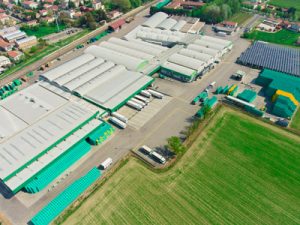 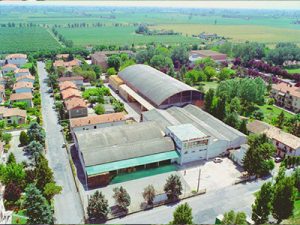 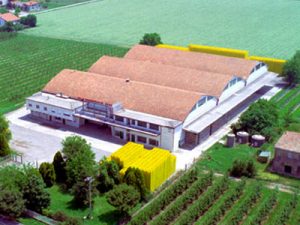 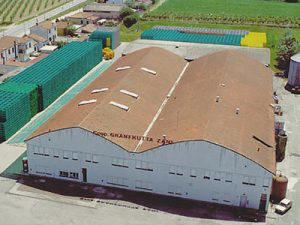 Granfrutta Zani’s research activities pursue two main goals: development and quality control.
Development is a process promoted by the cooperative company to ensure that its production is sustainable, to protect crops and to maintain fruit properties all along the supply chain.

Quality control is guaranteed by the procedure governing the entire supply chain and by extremely careful analyses on plants.

Before the controls requested by customers are carried out, our fruit and vegetables are submitted to specific quality tests in laboratories:

These numbers were achieved thanks to Luciano Zani’s insight and innovative vision. Those were the early Sixties and everything started from an image especially dear to him: “The warehouses storing fruit”. “They looked so nice to me”.

That is why the founder decided to stop selling cars and purchased his first warehouse.

“In 1961 I drove the first two trucks to the wholesale markets in Milan”. “In the spring of 1962 I rent a cold store in Faenza and bought some second hand wooden crates after selling the last cars I had.”

Together with Luciano, this story was written by his two brothers Pietro and Italo and his wife Antonietta.

The first warehouse opened in Granarolo Faentino in 1964, “In an unpaved shelter belonging to a Granarolo’s cartwright.” “All operations were performed by hand: loading, unloading, packaging, bringing goods to the rail station. We always had to fight to get a wagon, those who were late had to come back the following day.”

“In 1964 we built the first two cold stores: we had 17-18 workers but in the new plant they became one hundred. On the same year we started to export to Switzerland, Austria and Germany.”

From production to purchasing. “In 1966 we started to complement local crops with the early and late-growing ones from the South”. “My idea was that of working a little bit more to make the real difference”.

Standard IFS – It is a conformity standard created to identify quality suppliers in the food sector. Depending on needs of the large-scale distribution, IFS certifies Granfrutta Zani’s value in harvesting, classifying and packaging fruit.

GlobalG.A.P. – Set up in 1997, this protocol establishes good practices to be applied to primary production. It is an international certification enhancing a safe and sustainable agriculture based on product traceability and respect for the environment.

GlobalG.A.P. GRASP – Being an additional module to GlobalG.A.P., GRASP evaluates the social practices that are adopted for the workers of the agricultural sector. It analyses workers’ representation, their rights and compliance with contracts, working times and children’s rights.

IQNet / ISO 22000:2005 – This certification deals with food safety and is granted after evaluating the capacity to control food safety-related dangers in order to guarantee product healthiness for human consumption.

Certificazione BIO – According to CE 834/07 and 889/08 European Union rules, this conformity certificate acknowledges the organic method adopted across all production phases.

This website uses cookies to improve your experience while you navigate through the website. Out of these cookies, the cookies that are categorized as necessary are stored on your browser as they are essential for the working of basic functionalities of the website. We also use third-party cookies that help us analyze and understand how you use this website. These cookies will be stored in your browser only with your consent. You also have the option to opt-out of these cookies. But opting out of some of these cookies may have an effect on your browsing experience.
Necessary Always Enabled
Necessary cookies are absolutely essential for the website to function properly. This category only includes cookies that ensures basic functionalities and security features of the website. These cookies do not store any personal information.
Non-necessary
Any cookies that may not be particularly necessary for the website to function and is used specifically to collect user personal data via analytics, ads, other embedded contents are termed as non-necessary cookies. It is mandatory to procure user consent prior to running these cookies on your website.
SAVE & ACCEPT